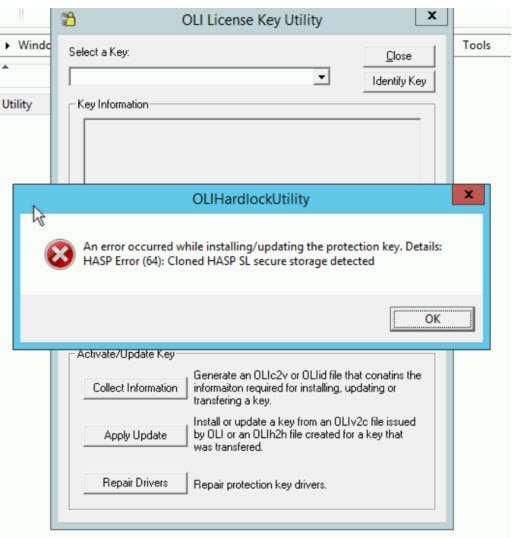 The solution is to start the process over and generate a new Host ID file from the new installation or location and OLI will return a lock file to you.