Update: This error message should have been resolved in version 9.5.2 of OLI Studio and 9.5.3 of OLI Analyzer.

For this example we are going to consider OLI Studio 9.2 with Water Analysis calculation. 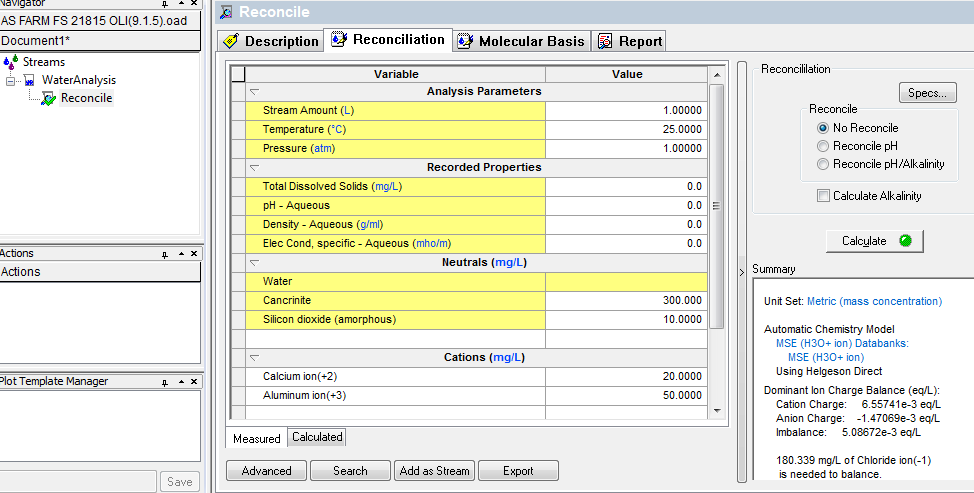 Please add the inflows as shown above. Please remember that Cancrinite is CANC in OLI Tage name view.

Now when you perform a reconciliation calculation, you will get the following error:

Now the reasons for this message are

Add CANC.2H2O to the calculation. Make sure to make the original CANC species 0.

Once you have manually adjusted the water percentage and Canc.2H2O then the calculation should work.

To see how to do that , please follow the following steps:

Add a new species to the inflows, CANC.2H2O: