The terms of Standard and Expanded solids were developed for the The OLI ScaleChem - Standard program which was originally designed with only a limited number of solids to be considered. In the OLI software each solid is considered to be an individual phase. Each phase is then tested to see if it may exist. We use our Scaling Tendency algorithm to evaluate if a solid should exist. Testing for each solid increases the run-time of the calculation.

We still honor this concept in OLI Studio ScaleChem 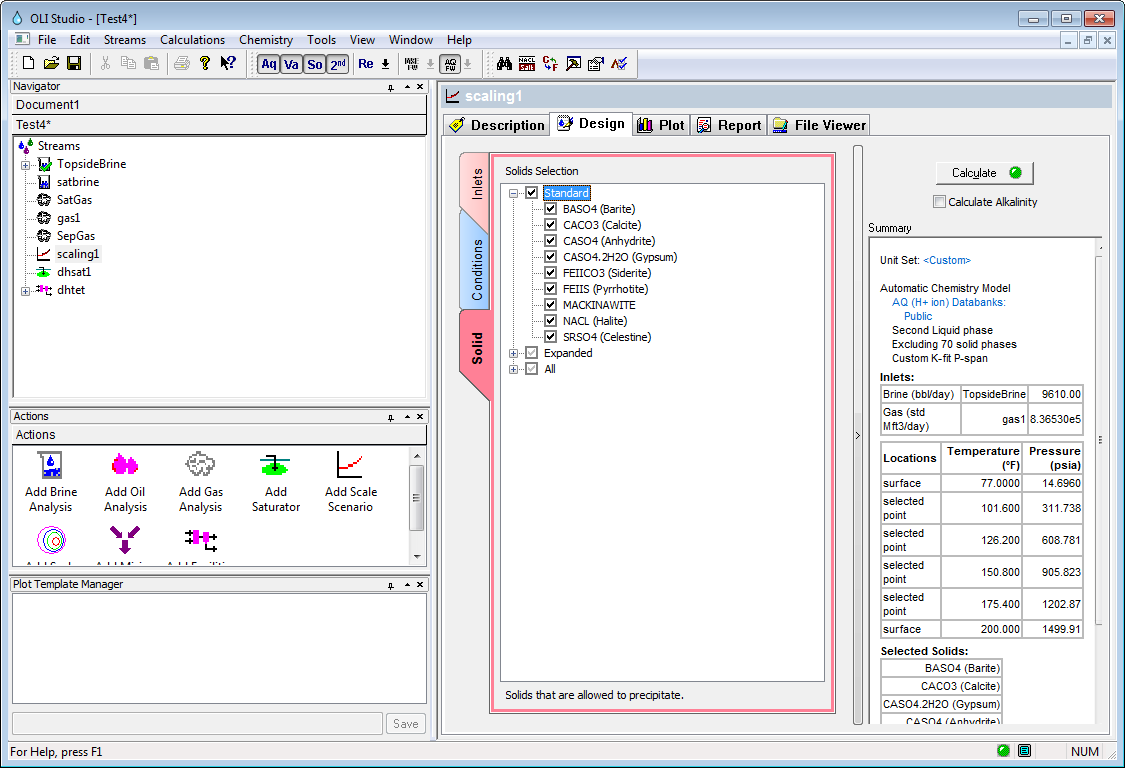 Here you can see the original 9 solids considered as Standard are displayed. We always display this full list if we detect the elements comprising these solids in the brines you selected. If you wanted to use the Expanded list you can expand and select from that list: 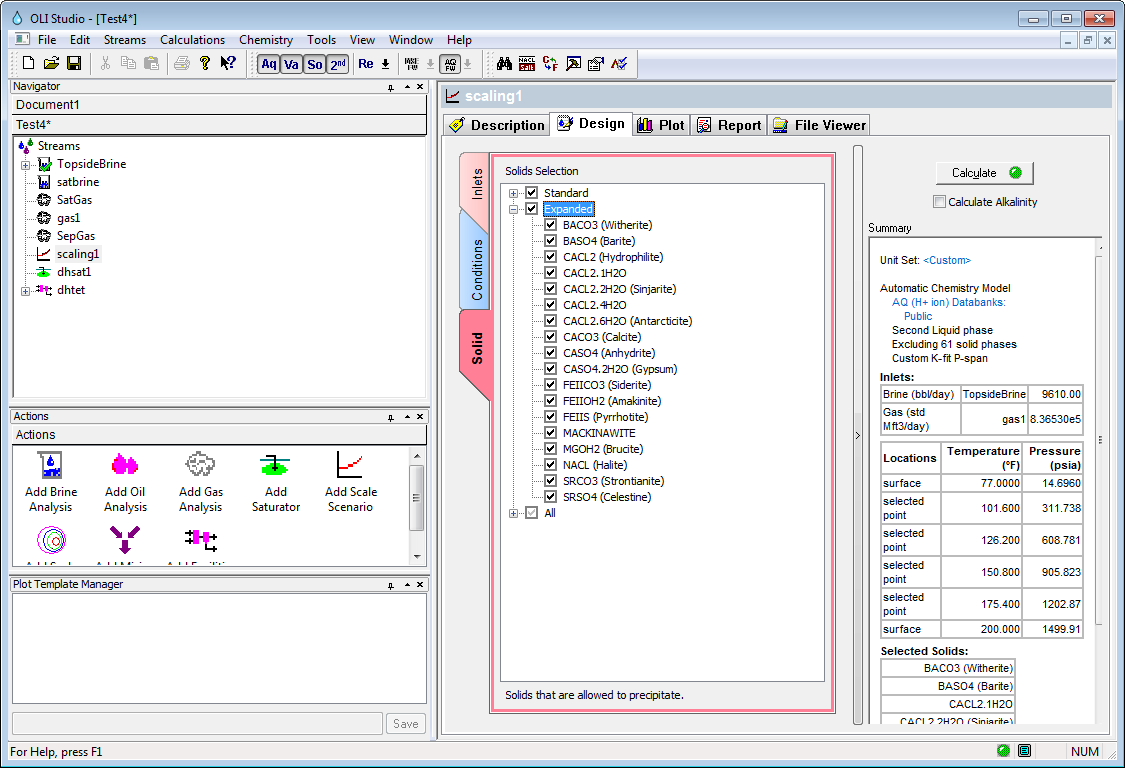 OLI ScaleChem - Standard had 58 solids but here we only have 18 on our expanded list. The full list of expanded solids is 49 but we only display the solids for which have elements present in the brines. 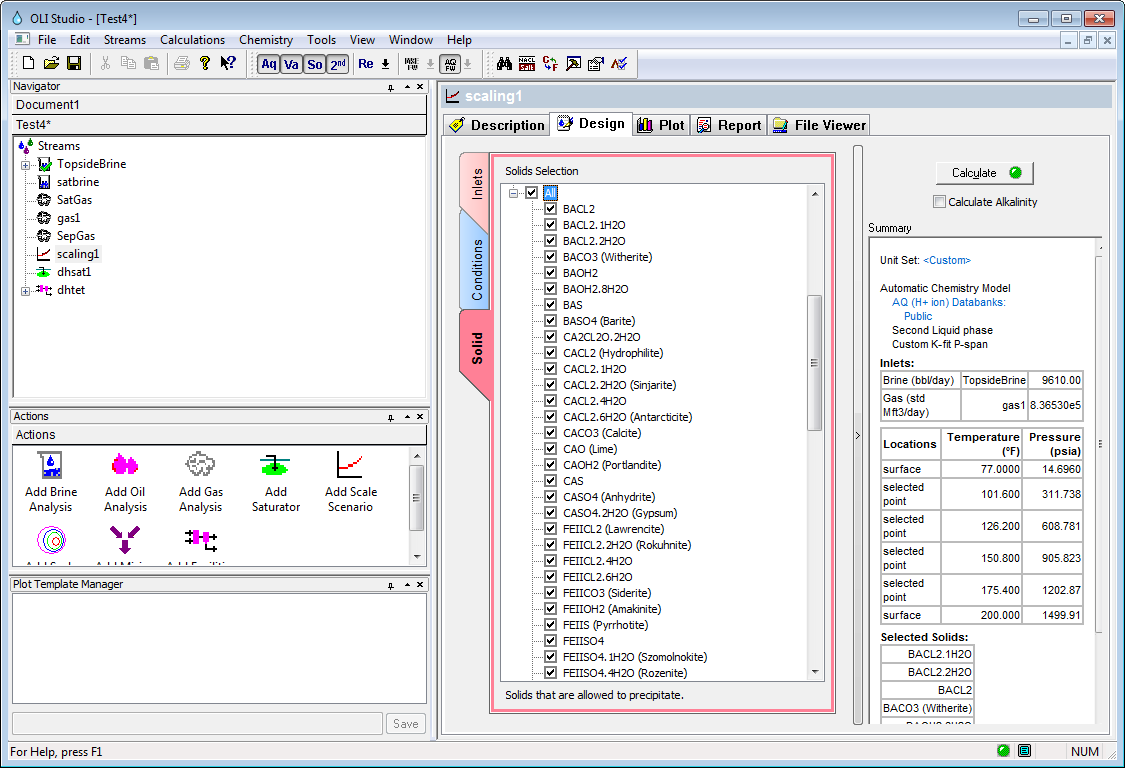 In this example we have approximately 80 solids (the remainder are blow the scroll down window). If you added a component to the brine which is not part of the traditional ScaleChem brine chemistry (such as Fe3+ or SiO2) then the list of available solids using the All option increases to 95.